The scenery from under the sea

The sunny day of the scenery from under the sea is especially great. The bright sun ball can be seen on the surface at distance. Colorful soft corals are emphasized in the contrast of the deep blue water and white sunbeam. What a wonderful space it is! at Owase, Mie, Japan

So that Manta comes back to life, Put beer in this mug please. 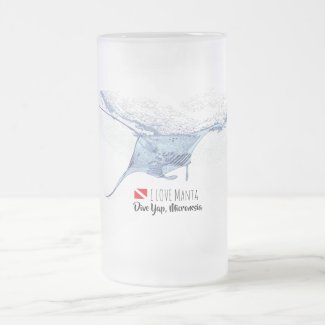 Designed a stylish Manta ray silhouette in the Frosted Glass Beer Mug. A picture of Manta ray taken in the crystal clear Micronesian Sea arranged in a painting style.

The famous diving point where can watch ” Mt. Fuji”

“A diving point where can see Mt. Fuji” from the web magazine ” TRiPE DiTOR” . It faces Suruga Bay in Higashi Izu. A wide variety of marine life can be seen. Linked articles are in Japanese, but please enjoy the photos.
We also introduced the location in detail in our guidebook “New 50 Best Dives in Japan”. Available on Amazon.com

These rare sea lives that appear to be bird feathers stuck in the bottom of the sand is called a Sea pen. In Japanese, Umi-Era. The Umi means the sea. Era means gills. Sea pens belong to octocoralia, so-called soft coral, like a Sea Wip or tree coral. Ordinarily, this species is, during the day, it hides into the sand, and when it gets dark, it is appearing from the sand, and spreads its wings. However, in Hasama, even in the daytime, we can often see the mysterious sight of the numbers of Sea pens are standing like the forest. Hasama, Tateyama, Chiba, Japan. -18m.